How Karen reversed lymphoma without chemo

Karen was diagnosed with a form of non-Hodgkin’s lymphoma called Waldenstrom’s Macroglobulinemia in 2005, but instead of following her doctors orders, she refused conventional treatment, radically changed her diet and lifestyle, and reversed the progression of her disease.

Karen had a scary set back along the way, but her determination and perseverance kept her on track and she prevailed!

The book that empowered Karen to take control of her life and health, which I also recommend highly is Beating Cancer with Nutrition by Patrick Quillin

My friend, Krim O’Laughlin in Cleveland, Ohio, is an expert researcher on Waldenstrom’s Macroglobulinemia and has helped her husband, Nick, put his into remission using nutrition and natural methods. She is an excellent resource and can be reached at krimol [at] sbcglobal [dot] net 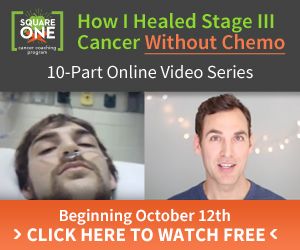