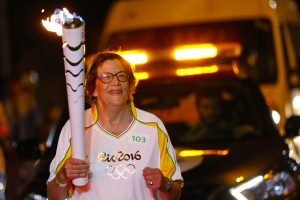 With one year to live, Dieneke Ferguson beat multiple myeloma cancer using high dose curcumin after conventional treatment failed. And her case is documented in the British Medical Journal!

In March 2007, at 57 years old, Dieneke Ferguson was diagnosed with monoclonal gammopathy of undetermined significance (MGUS), which developed into multiple myeloma (a type of blood cancer) by May 2008.

She underwent three rounds of chemotherapy, as well as four failed attempts to harvest stem-cells for a stem-cell transplant. During this time, she also lost her memory for three days.

In November 2008, two of Dieneke’s vertebrae collapsed, as a result of the myeloma. One vertebrae could not be repaired, and she lost 7 cm of height.

By May 2011, her future looked bleak, as no other traditional medical options were available. According to statistics at the time, her life expectancy was, at the very best, one more year.

Dieneke learned about the anti-cancer effects of high-dose curcumin from another myeloma patient/blogger named Margaret and in May 2011, she started taking high doses of curcumin (8g a day). This is the protocol used by the curcumin-myeloma clinical trial (2007) at the MD Anderson Cancer Research Center in Houston, Texas.

Her paraprotein levels gradually decreased and her blood numbers steadily improved. Five years later she was reported stable with no progression of disease and normal quality of life. And she even carried the torch in the 2016 Rio Olympics!

Dieneke’s remarkable case was written up in the British Medical Journal, and was published in April 2017 – “Long Term Stabilisation of Myeloma with Curcumin.” 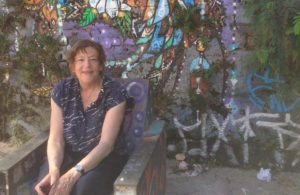 In May 2017, BBC4 Radio Food Programme produced a show on turmeric/curcumin and interviewed Dieneke and her consultant/co-author of the report, Prof. Jamie Cavenagh (Consultant Haematologist at London’s Barts Hospital). Dieneke’s interview starts at 22:30.

In January 2018, the British Medical Journal published its most read case studies of 2017, and Dieneke’s case study was second on the list.

Update: 8 years after being given 1 year to live, Dieneke Ferguson passed away from ovarian cancer at age 70 in September 2020. Other than a few tribute articles like this one, the details surrounding her ovarian cancer diagnosis and treatment are not available.

C3 Complex is a standardized curcumin extract that has been used in 45 human clinical trials. BioPerine is a extract from black pepper that increases curcumin absorption.

Dieneke took 8g (eight 1000 mg pills) all at once at night on an empty stomach. She is currently taking 9g per day.

The 8 gm per day protocol will cost roughly $100 per month. A 120 tablet bottle is currently $50 per bottle on amazon and will last two weeks. I think it makes sense to get six bottles, take high dose curcumin daily for three months and then get your blood work checked to see if there’s improvement.

To prevent any adverse reaction, it is recommended that you gradually increase the curcumin dose over four weeks, doubling each week, until you get to 8 grams per day, which is what Dieneke did.

However, for a high dose protocol such as this I would take AFI Super Curcumin C3 Complex with Bioperine or Doctor’s Best, as they contain the same patented extract formulations that Dieneke took, and they are not time-release.